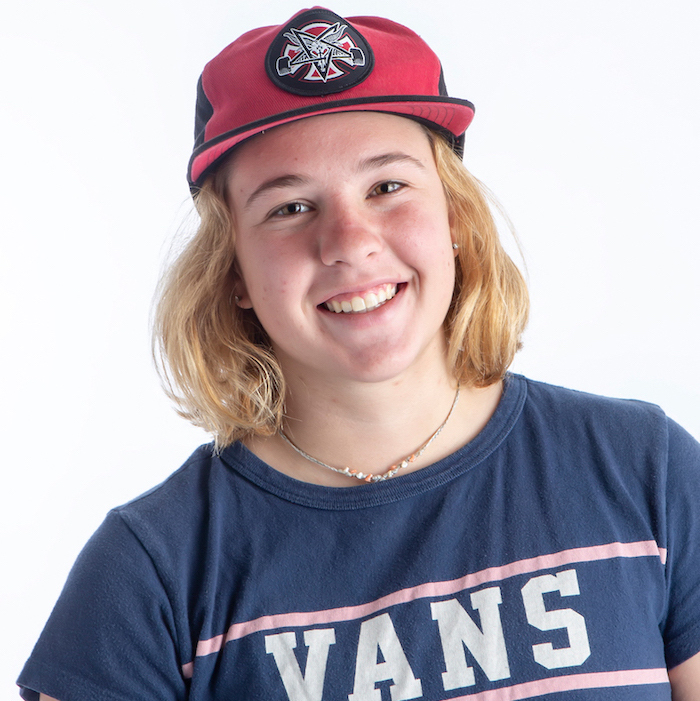 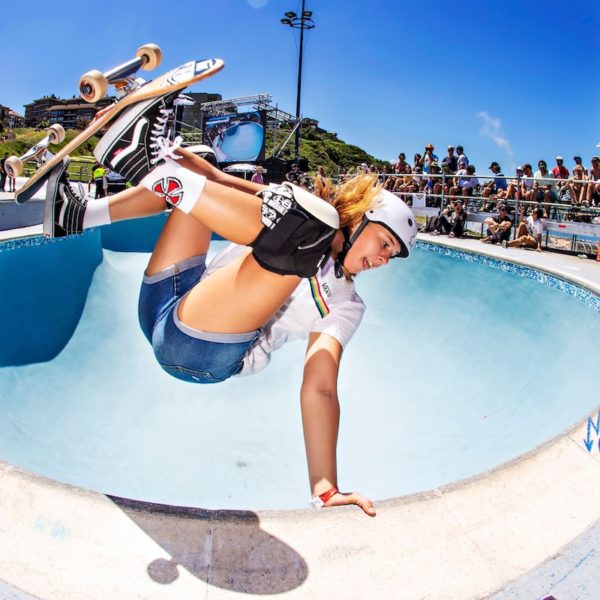 Born in Dallas, Texas and raised in Haleiwa, Hawaii, 20-year-old Jordyn Barratt is a trailblazer in action sports. She competed in the 2016 US Open of Surfing, making her the first female to compete as a pro in both US Open skate and surf in the same year.

Barratt was also the first female to qualify for the Dew Tour Park Am contest, skating alongside the men. That same year, she turned pro after winning a bronze medal in her debut X Games.

2017 was a breakthrough year for Barratt, as she earned an X Games silver medal in Skateboard Park and won the Vans Combi and Bowl-A-Rama events.

Jordyn had a strong 2018 as well, landing on nine podiums including four wins, highlighted by Gold at the Vans Park Series event in Malmo, Silver at the US Open, and Bronze at both the Dew Tour and the VPS World Championships in China. Thus far, in 2019, Jordyn placed second in the Montréal Vans Park Series and Red Bull Rollercoaster contests. Capping off her year, Jordyn was offered a spot on the U.S.A. Skateboarding Team, training for the debut of skateboarding in the 2020 Olympics.